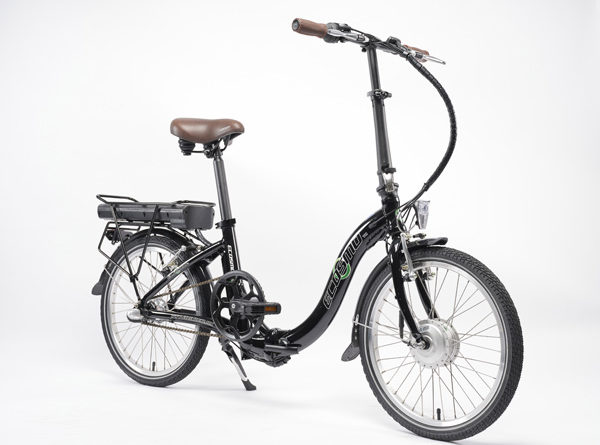 Folding bikes are not a new phenomenon, however they have become increasingly more popular in recent years. There are a number of reasons for this, however, central to them all is the fact that folding bikes offer a great deal more convenience than their rigid-framed counterparts.

The reason for the rise in popularity of folding bikes is due to more people opting to cycle to work, rather than driving. For several years the number of people choosing to use their bikes as their preferred mode of transport in the UK has lagged behind that of our neighbours in Holland, Belgium and Italy. However, the number of people choosing to leave their car behind as they embark on their commute is re-establishing Britain as keen cycling nation. Top choice for the commute is the ever popular folding bicycle, giving riders the opportunity to foldup the bicycle if part of their journey needs to be taken by train. Other benefits of having a foldable bicycle include the ability to store in the office or at home easily, taking up far less space than a rigid frame bike, meaning that you don’t have to leave your prized possession outside with the other bikes.

There are several different styles of folding bike available and here is a quick snapshot of the most popular styles on the market today.

These fantastic folding micro bikes are perfect for gliding your way to work each morning. The lightweight frame is agile and compact, so folding up before getting onto a train or entering the office is simple and takes seconds. All of our City Bikes come with disk or cantilever brakes and Shimano Gears, as well as a kickstand and reflectors as standard, and are dispatched directly to you 98% assembled. All you need to do is unfold the frame, adjust the handlebars and seat to your preferred height using the quick-release clips, and you are ready to ride!

A classic design that’s lightweight and fits in the boot of your car, the Folding Mountain Bike is ideal for camper, caravan and canal boat owners who like to take their bikes with them while touring the countryside. The frame is hinged on the main crossbar and the quick-release mechanism means that folding and unfolding is accomplished with ease. The 26inch wheel design combined with a longer frame than the city bike makes for better handling and a more comfortable ride over longer distances.

With an elegant long frame and reliable brushless motor, the Folding Electric Bike makes cycling an effortless pleasure. The classic 1950s step-through looks set this frame style apart from its contemporaries, but don’t be fooled into thinking this ike is from the past. The hub motor and rack-mounted battery are the very latest in eBike technology, resulting in an easy to use electric bicycle that is capable of riding up to 70km on a single charge. The lightweight alloy frame offers superb performance and, combined with sprung-seating and comfort grips, this bike is well suited at the luxury end of the folding eBike market. 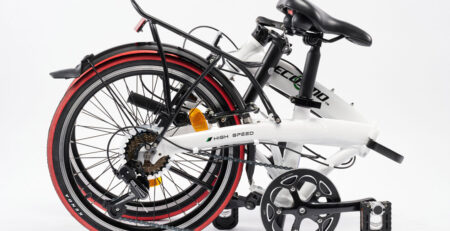 The folding bike is becoming more and more popular as people appreciate the benefits of being able to fold... read more 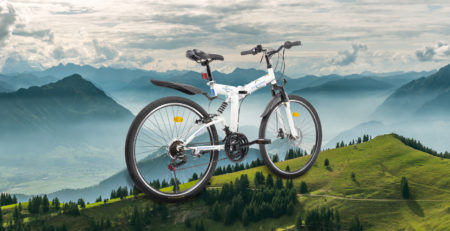 The Best Selling Folding Bikes of 2021

So far, 2021 has been a very turbulent year for the UK folding bike industry as supply chains continue... read more 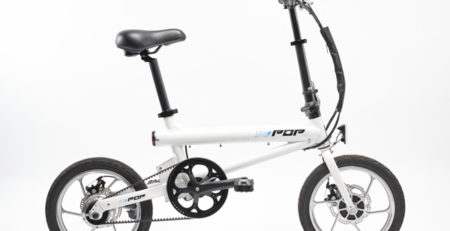